Nick Beams is a member of the international editorial board of the World Socialist Web Site. He is an authority on Marxist political economy. Beams was politically radicalised during the international upsurge of workers and youth of 1968, and played a key role in the establishment of the Socialist Labour League, the predecessor of the Socialist Equality Party (Australia), in April 1972, and its affiliation to the International Committee of the Fourth International several months later. He retired as national secretary of the SEP in 2010, after having served in that position for 35 years.

Lectures on politics and history
War and Revolution: 1914–1917

The eruption of World War in August 1914 arose out of deep-rooted contradictions in the capitalist nation state system. The opportunist leaders of the Second International repudiated the principles of international working class solidarity and endorsed the war.

Read and watch
“Socialism in One Country” and the Soviet economic debates of the 1920s: Lecture One

The historical legitimacy of the Russian Revolution derived not from the possibility of creating an isolated socialist Russia but from the fact that it was the opening shot of the world socialist revolution.

Read
“Socialism in One Country” and the Soviet economic debates of the 1920s: Lecture Two

Trotsky’s analysis in Towards Capitalism or Socialism, one of the fruits of his intellectual labours while working in the Concessions Commission and on other economic projects, is one of the most concentrated and far-reaching summaries of his perspective on the development of the Soviet economy.

This speech was delivered to the founding Congress of the SEP (Australia), in January 2010, in Sydney. The Congress debated and adopted the Historical and International Foundations of the Socialist Equality Party, and the SEP Statement of Principles.

Read
History of the 20th Century

When the Bretton Woods system collapsed

On August 15, 1971, without prior warning to the leaders of the other major capitalist powers, US president Nixon announced in a Sunday evening televised address to the nation that the US was removing the gold backing from the dollar. The commitment by the US to redeem international dollar holdings at the rate of $35 per ounce had formed the central foundation of the post-war international financial system set in place at the Bretton Woods conference of 1944. Nixon’s unilateral announcement dealt it a fatal blow.

Nick Beams, national secretary of the Socialist Equality Party (Australia) and a member of the International Editorial Board of the World Socialist Web Site, delivered a lecture on “World War Two: Lessons and Warnings” to audiences in Sydney and Melbourne in November, 2009.

Imperialism and the political economy of the Holocaust

The 1920s—the road to depression and fascism

The aggressive character of German imperialism represented the drive by the most dynamic section of European capital to reorganise the old continent to create the conditions for its expansion.

In his afterword to the second edition of Capital in 1873, Karl Marx noted that the scientific character of bourgeois economics had come to an end about 1830. At that point the class tensions generated by the development of the capitalist mode of production itself made further advances impossible.

A superficial analysis of global capitalism—Part 1

This is the first of a two-part review of Naomi Klein’s The Shock Doctrine: The Rise of Disaster Capitalism. Part two will be posted on February 28.

Causes and consequences of the “war on terror”

The war in Afghanistan: the socialist perspective

This is the first part of a report delivered by Nick Beams to Socialist Equality Party public meetings in Sydney and Melbourne on November 4 and 8 respectively. Part 2 was published on November 12. Beams is the national secretary of the SEP, Australia and a member of the World Socialist Web Site Editorial Board.

The political economy of American militarism in the 21st century

The following lecture was delivered by Nick Beams, Socialist Equality Party national secretary and a member of the WSWS Editorial Board, to public meetings in Sydney and Melbourne over the past fortnight.

The war in Afghanistan, world politics and the perspective for socialism

The following is the first part of a report delivered to a public meeting held in Sydney on May 12, 2002, organised by the Socialist Equality Party of Australia. Part 2 was published on Thursday May 23 and Part 3 on Friday May 24.

The political economy of American militarism

IMF “shock therapy” and the recolonisation of the Balkans

Capitalist breakdown and the revolutionary perspective of the Fourth International

Shades of 1929: the global implications of the US banking collapse

The following is the first part of a report delivered by Nick Beams, national secretary of the Socialist Equality Party (SEP) in Australia and a member of the World Socialist Web Site international editorial board, to public meetings in Sydney and Melbourne on April 9 and 15. Part 2 and Part 3 of the report will be published on April 17 and 18 respectively. Beams, an international authority on Marxist political economy, is the author of regular WSWS articles and analyses on globalisation and political economy.

A lecture by Nick Beams

The following is the first part of a lecture delivered by Nick Beams, national secretary of the Socialist Equality Party (Australia) and a member of the International Editorial Board of the World Socialist Web Site, to audiences in Perth, Melbourne and Sydney in November and December, 2008. Part 2 will be published tomorrow and subsequent parts over the next few days.

The crash of 2008 and its revolutionary implications

The Significance and Implications of Globalisation

The globalisation of production has prepared a new period of social revolution. This is the inevitable outcome of the vast changes in the structure of world capitalist economy over the past two decades -- the culmination of processes stretching back over 200 years.

The COVID-19 pandemic and the rise of economic nationalism

The pandemic has made clear that the tiny minority of corporate and financial oligarchs, and the profit system over which they preside, stand as an obstacle to the rational organisation and scientific planning of the economy and society necessary to deal with the threat to human life.

Internationalism and the struggle for socialism

The following is the text of a report given by Nick Beams, national secretary of the Socialist Equality Party (Australia), to the WSWS/SEP/ISSE regional conferences, “The world economic crisis, the failure of capitalism, and the case for socialism.”

The advent of the 21st century has quite naturally prompted a retrospective examination of the past 100 years and raised questions about the future development of civilisation. Such questions are provoked not merely by the turn of the calendar but by the sense that society is passing through an immense transformation, which is going to shape events for generations to come.

Globalisation, Jospin and the political program of Attac

The French prime minister, Lionel Jospin, has indicated his support for one of the main policy demands of the European anti-globalisation movement.

Marxist internationalism vs. the perspective of radical protest

The failed World Trade Organization (WTO) ministerial meeting in Seattle last December was a significant political event in two vital respects. In the first place, the collapse of efforts to launch the Millennium Trade Round marked a new stage in the deepening commercial and financial conflict between the major capitalist powers—the US, the European Union and Japan.

The collapse of the WTO talks: What this means for global capitalism

The failure of the World Trade Organisation meeting in Seattle will prove to be a turning point in the affairs of global capitalism with far-reaching implications. While the representatives of the major capitalist powers attempt to put the best face on a bad situation by presenting the breakdown as simply a hitch or a “time out”, there is no denying the significance of what has taken place.

It has been said that the progress of human social and political thought leads from Aristotle to Marx, and is thereafter either a further development of Marx, or arguments and analyses that attempt to refute him.

The 150th anniversary of the publication of Capital

September 14 was the 150th anniversary of the publication of the first volume of Capital by Karl Marx. It marked a turning point in mankind’s intellectual and historical development.

Marxism and the political economy of Paul Sweezy

This is the fourth part of a series of articles by Nick Beams, a member of the International Editorial Board of the World Socialist Web Site, dealing with the life and work of radical political economist Paul Sweezy, founder-editor of the Monthly Review, who died in Larchmont, New York on February 27, 2004. Part 1 was published on April 6, Part 2 on April 7and Part 3 on April 8. The final three parts of the seven part series will be published next Monday, Tuesday and Wednesday, April 12-14.

The political economy of capitalist debt

No matter how much it seems that “value” can simply be created out of thin air, the gargantuan mass of fictitious capital and debt ultimately rests on the surplus value obtained from the exploitation of the working class.

Adam Tooze’s Crashed: The limitations of a Left-liberal historian

A letter and reply on the “Sraffa-based” critique of Marx

The anti-Marxism of Yanis Varoufakis

Varoufakis completely distorts Marx’s analysis of capitalism in order to justify his program of trying to save capitalism from itself.

Notes on the Egyptian Revolution

The following report by Nick Beams, national secretary of the Socialist Equality Party (Australia), was delivered to an aggregate meeting in Sydney.

The problems of climate change are so profound and far-reaching that they require the rational mobilisation of all available economic, material, scientific and technical resources, something that is only possible only under socialism.

Thomas Piketty in Sydney: Data on social inequality, but no solution

Despite the wealth of vitally important data, there was a paucity of historical and political analysis on how ever-widening social inequality can be overcome.

Joseph Stiglitz in Australia: A desperate attempt to promote the illusion of reform

The fraud of “progressive capitalism” 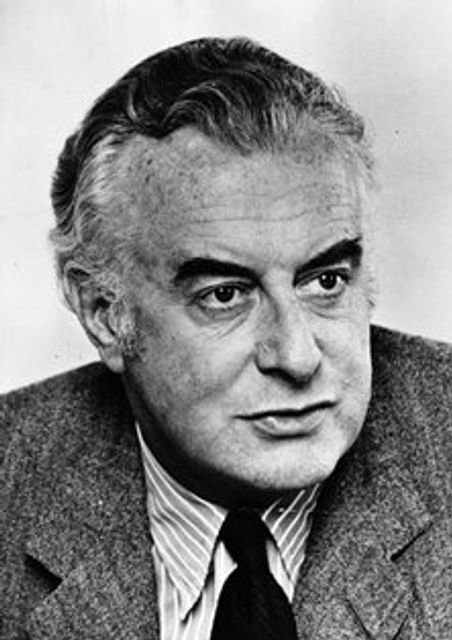 Some of the most hated figures in world politics have come together to praise Hawke and laud his achievements. 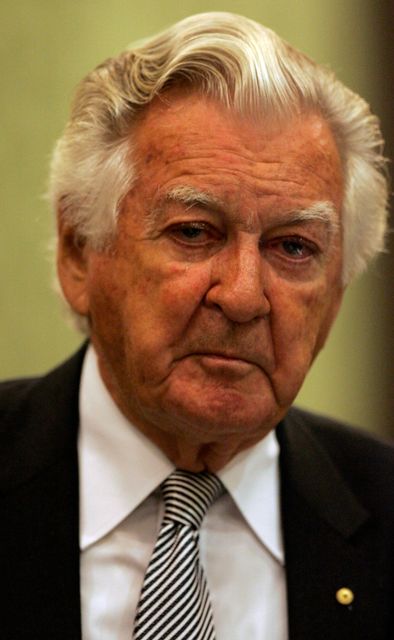 The ideology and politics of the Australian Greens

This is the first in a two-part series.

The overt shift by Socialist Alternative into the imperialist camp is bound up with the new political requirements of the Labor government.

Claims that the Australian-led United Nations military intervention in East Timor is motivated by “humanitarian” concerns are belied by the historical record. The tragedy befalling the East Timorese people is the outcome of intrigues and manoeuvres, stretching back over decades, by the very imperialist powers now proposing to “save” them. As much of this record is not well known, it is worthwhile reviewing it in some detail.