To this day, the World Socialist Web Site is the source of the only comprehensive left wing critique of the 1619 Project. In addition to historical essays, the volume includes interviews from eminent historians, including James McPherson, James Oakes, Gordon Wood, Richard Carwardine, Victoria Bynum, and Clayborne Carson.

The essays and lectures contained in this book, based on meticulous research, expose the 1619 Project’s distortions and misrepresentations of the factual record. As Professor Walter Benn Michaels writes, “Everyone interested in understanding what actually happened then and what’s actually happening now needs to read it.”

Support the WSWS: Buy your copy from Mehring
Mehring Books is the publishing house of the International Committee of the Fourth International (ICFI). Proceeds from all Mehring purchases go towards supporting and expanding the work of the ICFI and the WSWS. We encourage our readers to purchase your socialist literture directly from Mehring. However, this book title is also available for purchase on Amazon.
Buy from Mehring
A sample of the reviews by US historians:

“The controversy over the serious flaws in the 1619 Project’s accounts of American history began with the WSWS’s interviews of numerous highly distinguished liberal and left scholars. Their calm and precise critiques and others met with no rebuttal, only evasive dismissal by the project’s overseers. Even now, despite ‘clarification’ and silent editing, glaring factual errors remain in the project’s materials. This volume vindicates W. E. B. Du Bois’s condemnation of propaganda disguised as history.'
-- Sean Wilentz, Princeton University, Bancroft Prize-winning author of The Rise of American Democracy: Jefferson to Lincoln

“Fears of association with Trump and his white-supremacist allies can inhibit leftist criticism of the 1619 Project. But from a bold socialist-revolutionary perspective, Mackaman’s and North’s volume argues cogently that the 1619 Project misinterprets historical causes and effects by positing eternal and immutable cultural or ‘racial’ identities that deny past—and preclude present and future—collective action against capitalist and imperial power.”
-- Kerby Miller, University of Missouri, Pulitzer Prize finalist author of Emigrants and Exiles: Ireland and the Irish Exodus to North America

“The New York Times’ 1619 Project and the Racialist Falsification of History is a brave and necessary response to the errors in fact and interpretation that characterize the 1619 Project. It may be that the survival of the historical profession as a legitimate enterprise depends on this critique being heard.”
-- William E. Weeks, San Diego State University, author of Building the Continental Empire: American Expansion from the Revolution to the Civil War

“[A] frank, refreshing, and unrelenting critique of the 1619 Project. In the age of cancel culture, identity politics, Twitterstars, and the toxic Trump nightmare, much of academia has fallen silent as the 1619 Project wrenched the American Revolution and the institution of slavery from their global historical context, dismissed Abraham Lincoln as a run-of-the-mill racist, and skipped like a river rock over the abolitionist movement, Civil War, and more than fifty years of historiography. The spell that the 1619 Project cast on academia makes the publication of this book all the more timely and important.”
-- Gregg Andrews, Department of History, Texas State University, author of Thyra J. Edwards: Black Activist in the Global Freedom Struggle

“This book is essential in two ways: it helps you realize how historically inaccurate the 1619 Project is and how fundamentally reactionary its politics are. Everyone interested in understanding what actually happened then and what’s actually happening now needs to read it.”
-- Walter Benn Michaels, Department of English, University of Illinois Chicago, author of The Trouble with Diversity: How We Learned to Love Identity and Ignore Inequality

The falsification of a society’s history is a tyrant’s weapon. As are mythologies of blood. In its ongoing mission to disorient and divide the American working class, the New York Times has wielded both these weapons with its 1619 Project, which asserts that the “true founding” of the United States dates back to the year the first African slaves arrived in Virginia rather than to 1776, the year of the signing of the Declaration of Independence.

The 1619 Project debuted as a special edition of the New York Times Magazine in August of 2019. Promoted by the Times as “ongoing,” the project originally consisted of 14 essays, including the lead essay by project founder and Times journalist Nikole Hannah-Jones, titled “Our democracy’s founding ideals were false when they were written. Black Americans have fought to make them true,” for which the author was awarded a Pulitzer Prize for commentary...

He is the author of numerous books on history and Marxist theory, including The Heritage We Defend: A Contribution to the History of the Fourth International; In Defense of Leon Trotsky; The Russian Revolution and the Unfinished Twentieth Century; The Frankfurt School, Postmodernism and the Politics of the Pseudo-left: A Marxist Critique; The Crisis of American Democracy; and A Quarter Century of War: The US Drive for Global Hegemony 1990–2016.

Thomas Mackaman is associate professor of history at King’s College in Wilkes-Barre, Pennsylvania. He is the author of New Immigrants and the Radicalization of American Labor, 1914–1924, and writes on historical topics for the World Socialist Web Site (WSWS).

WSWS Interviews with leading US Historians on the 1619 Project 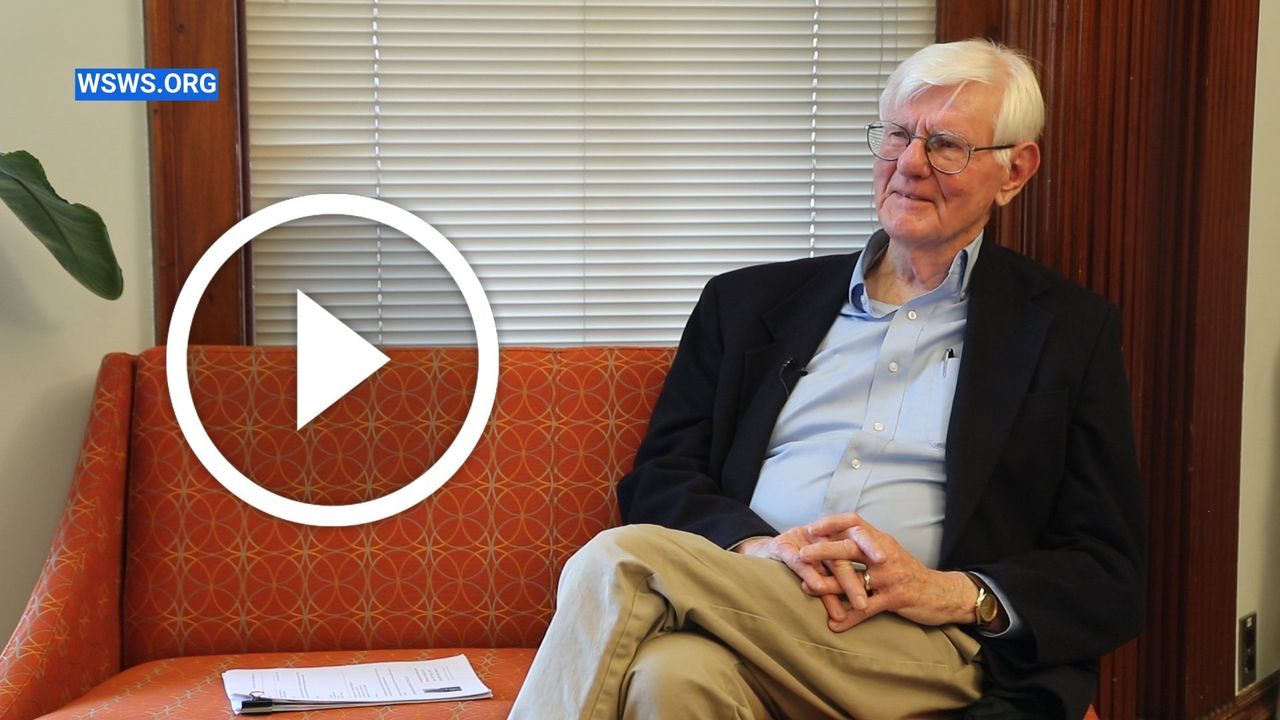 Gordon Wood is professor emeritus at Brown University and author of the Pulitzer Prize-winning book The Radicalism of the American Revolution, as well as Empire of Liberty: A History of the Early Republic, 1789–1815.

Bynum is an expert on the attitude of Southern white yeomen farmers and the poor toward slavery. 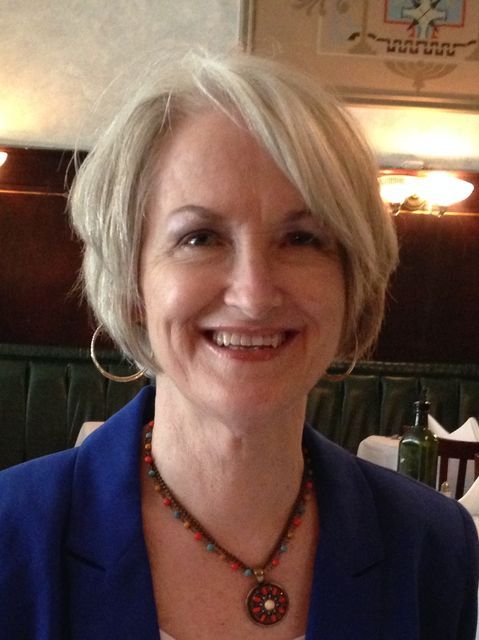 The World Socialist Web Site recently spoke with Professor Reed at his University of Pennsylvania office. 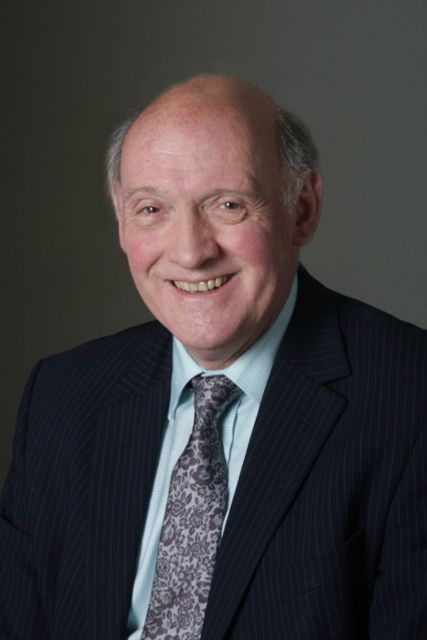 The World Socialist Web Site recently spoke to James Oakes, Distinguished Professor of History and Graduate School Humanities Professor at the Graduate Center of the City University of New York, on the New York Times’ 1619 Project.

Professor Janiewski is a lecturer in American history at Victoria University of Wellington, New Zealand with a focus on the post-Civil War reconstruction, the Civil Rights movement and anti-communist witch hunts.